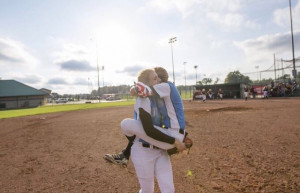 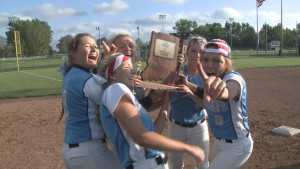 The Indians (24-4) led by the pitching of freshmen Lauren Sandor, pick up the 3-1 win over Jimtown (20-7) to win the Class 3A Sectional Championship on Thursday night at Newton Park.

The win sends the Indians to the regional at Northwestern on Tuesday at 6pm. The winner  will advance to the Twin Lakes Semi-State on Saturday June 3rd.

Sandor struck out the first 16 batters that she faced and only allowed four hits and one run in the game. Taylor Kowalski had two doubles, a sacrifice bunt, and a walk in the game.

The Indians at seven hits and scored three run with no errors. Jimtown had four hits for one run and had one error.