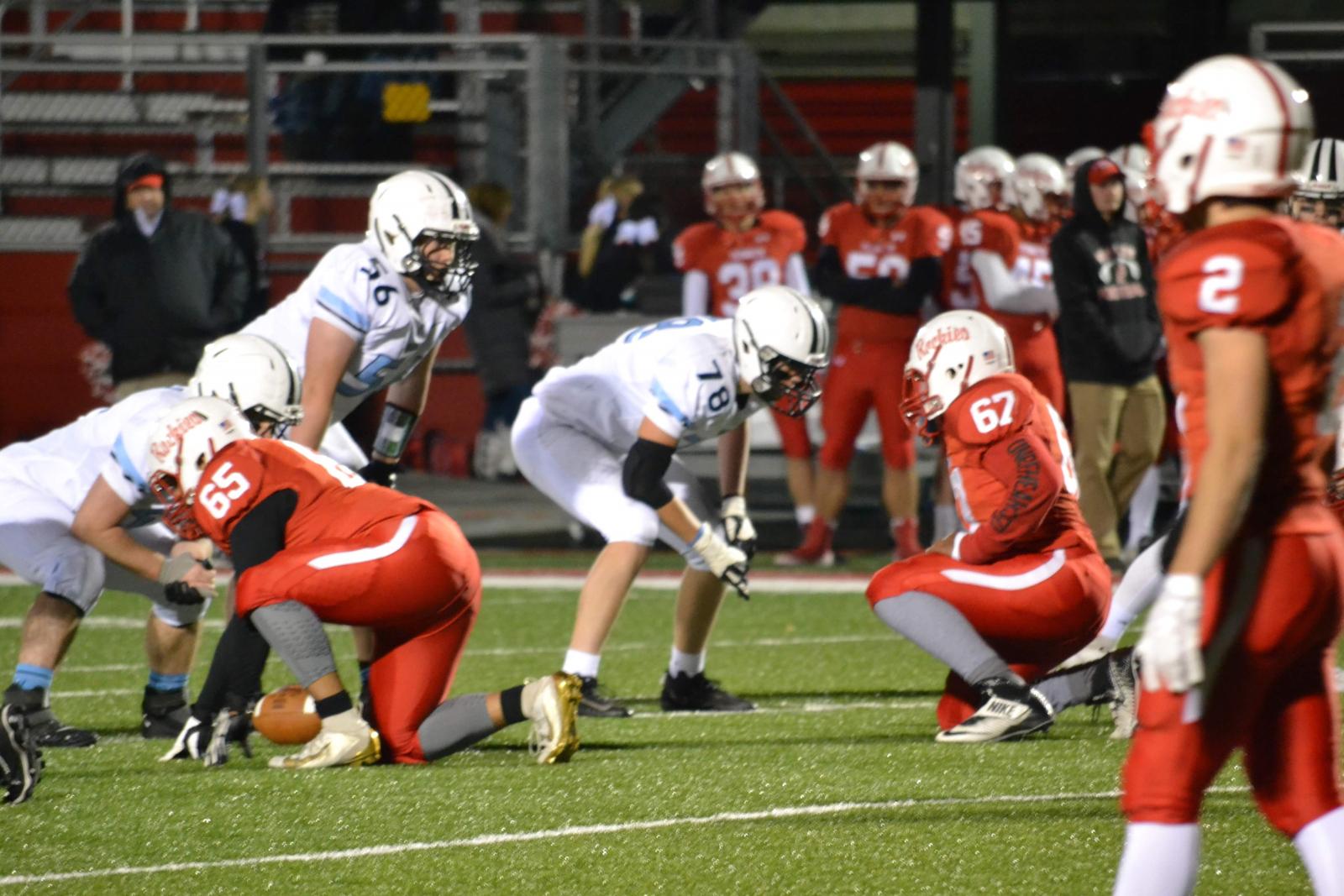 During this time of quarantine and uncertainty, I have had a lot of time to think about many different things. One of these things was about my senior season coming up this year, and what it means for my football career. More than likely, this is my last year stepping onto a football field with full pads and getting an opportunity to slug it out with the person across from me. With this realization that my time playing football at Saint Joe is coming to a close, I was tasked with a simple question: What does Saint Joe Football mean to me? When I thought about it, I realized that Saint Joe football has three aspects about it that make it unlike any other team I have known.

The first aspect of Saint Joe football that comes to mind is the brotherhood. I know that for many teams brotherhood and unity are ideas that the coaches preach and others follow. While other teams I have been a part of do have that, I can say that with Saint Joe Football it is different. The first day I walked into Saint Joe for practice as a scrawny freshman I had no idea what I was getting myself into. I was intimidated by the aura of players like Michael Godrey, Dom Appleton, Mark Hiestand, and Casey Connery, just to name a few. However, they took me under their wing, and I hope that I am half as good as they were when I am playing.

The second aspect of Saint Joe football is toughness, both mental and physical. I remember back in 2010 and 2011 watching those great Saint Joe Football teams going to state and coming oh so close to winning it. Looking back at those teams, they didn’t have tremendous size, speed, or athletic ability. What they had was heart and grit, which is what carried them to those state championship appearances. At Saint Joe it is evident that toughness is necessary, or else you cannot play. While physical toughness is a requirement, the mental toughness is arguably way more important. Saint Joe football players need to be able to balance a rigorous course load, combined with high expectations on the football field and a knowledge that you will get everybody’s best shot when you play.

The third and final aspect of Saint Joe football that differentiates it from other programs is passion for the game.Whether it is during workouts in the off-season, our practices during the season, or celebrating wins on Friday nights, when we have passion, we are together. When the offensive linemen hear the sidelines chanting about the white dogs, it definitely motivates us to go that much harder in the game. That passion that surrounds Saint Joe football is special, and you would be hard-pressed to find another football program with our passion.

While these aspects define Saint Joe football, the most important part of the program has to be the coaches who put in countless hours to get the best result on the field, and out of us as individuals. I would like to specifically thank Coach Whitten, Coach Summers, Coach Speer, Coach Waltz, and everyone else on the coaching staff who have helped me grow into the person I am today. I could not have done it without them pushing me and demanding the best out of me, and without them, I do not know where I would be right now.

In conclusion, these aspects are ones that have not only been set by those that have come before us, but part of a culture for current and future classes to carry forward. I would like to thank all of the players, past and present, that set the precedent of what a Saint Joe football player is, and I hope that we can carry that legacy with pride. I hope we can make those past players proud with what we do next season.