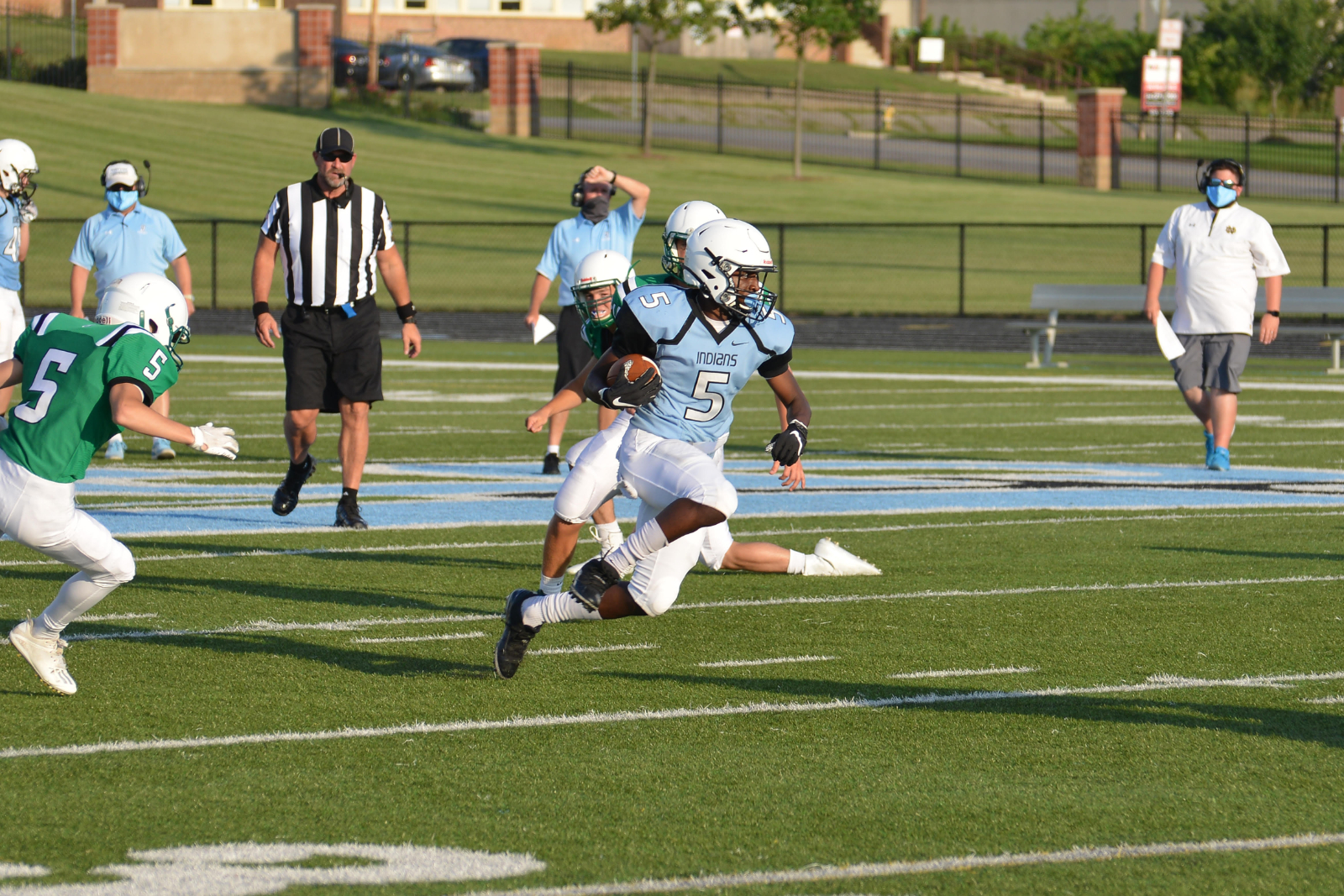 Growing up I was always interested in football. My parents and family would always have discussions and bets so I thought football sounded cool. I just never knew about the brotherhood aspect of football. When I started playing Pop Warner Football, I had a lot of fun. We would win games and travel to different states to beat teams. The workouts were hard and the coaches would push us to be better, but in all those workouts and games I still didn’t understand the meaning of a brotherhood and family.

My grade school years were spent playing football for Holy Cross. We would always play St. Anthony’s, which was our rival team. We always wanted to beat them. We would play them before the end of the regular season right before the playoffs. That was always really fun. Then after winning in the playoffs and the championship, it was on to high school.

My freshman year of high school football we weren’t that good. We only won one game and didn’t understand how to work together as a team. Everything changed during my sophomore year because were led by the upperclassmen. They were good leaders and we were winning games. I was playing for something bigger than me, and in practice I would play hard for the upperclassmen so they could get a good look. When those practices were done and it was game time, they were well prepared.  All the young guns were happy to give them a good look. Man, I was like ”we are definitely going to state”. I said this because we played with so much heart and passion and it was everybody playing for each other. We beat teams that some people did not think we even had a chance with.

When it was playoff time and we were making a run, we made it to the Sectional Championship. We played Mishawaka and they were a really good team. We were all in trying to do everything right to win, but we ended up a few plays short. We lost a very close game and we all cried because we knew how much work and dedication we had put in to get there. That’s when I felt the true Saint Joe Football brotherhood. I would do anything for my brothers but I was so mad at myself because I wished I could have done something more so we could have won. During my junior year I put in extra work over the summer to make myself a better player. Unfortunately our season did not go as planned. We went 2-9, but my brothers and I never gave up and got better as the season rolled on. St. Joe Football is family to me and it’s bigger than one person. I will always give my all for my brothers and that’s why I love Saint Joe Football.