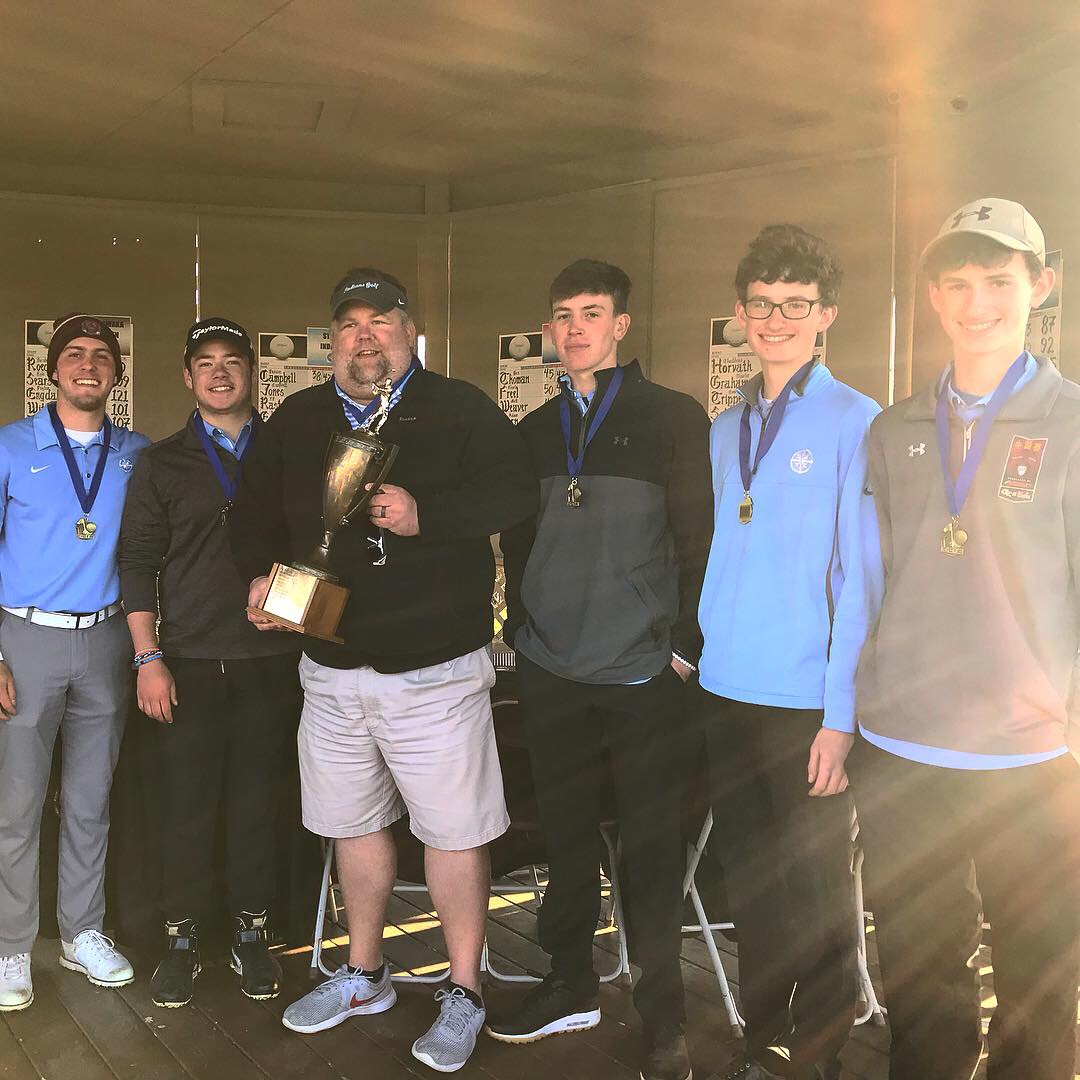 In the 56th and final Kaeppler Memorial Tournament at Morris Park, Saint Joseph (330) held off Penn (339) and the rest of the field.
With the team victory already in hand, 18 holes was not enough to determine the individual medalist as junior Paxson Campbell and senior JP Raster ended the day tied atop the leaderboard. Both finishing the day with an 80, they headed out for a playoff with Raster prevailing with a par on the first playoff hole. The Indians team all finished in the top ten, including Campbell Jones (82), Sean Egan (88), and Matthew Egan (88).
The Saint Joseph golf team, and all past Indians golfers, would like to thank the Kaeppler family for hosting this tournament for so many years. While we are sad to see the Kaeppler Memorial come to an end, it was an honor to not only be involved in one of the best tournaments in Indiana all of these years, but to come out victorious as this tournament’s run comes to an end.